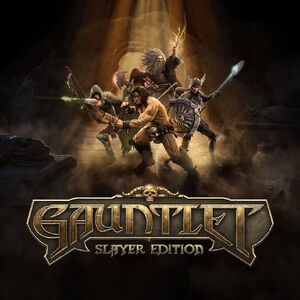 A "hero" is any of the five playable characters in Gauntlet: Thor the Warrior, Thyra the Valkyrie, Merlin the Wizard, Questor the Elf, and Lilith the Necromancer.

Heroes have various amounts of maximum health depending on their class. When a hero's health is depleted, they die, at which point a Skull Coin is required in order to revive. Food, however, may be consumed to replenish certain amounts of health.